“…For many years now, Sarband have been building breathtaking bridges between cultures and religions…Their performances count among the most exciting and beautiful concerts in the entire, extensive Early Music scene … Thus ears, eyes, hearts and minds of theenthralled audience were equally touched and enchanted.”  Franz Szabo, Kritisches Journal der Alten Musik

«Sarband» means connection. In Mid-Eastern music theory, this term signifies a link between two compositions within a musical suite. Sarband invites most diverse audiences as well as most diverse performers «to come together»; it «binds» them to cultural experiences previously perceived as alien.  Musical director Dr. Vladimir Ivanoff, who founded Sarband in 1986, connects cultures, people and epochs, both as a scholar and a musician: His programs unite musicians from widely different cultures and musical backgrounds and mediate between past and present, Early Music and living traditions.

The cooperation in the ensemble is not a fashionable crossover, but conceived as a continuous dialogue on equal terms. All the artists unrestrictedly contribute their native traditions, their personal histories and their own creativity to the programs, so that Sarband also becomes a musical training ground for communication and tolerance between different cultural identities. While today the religious, economic, cultural and political differences between Orient and Occidentare inthe focus of public attention, Sarband endeavor to show that music has always been not mere decoration, but an enlightened means of mutual respect and can even today be an example for understanding and acceptance, a model of peace. 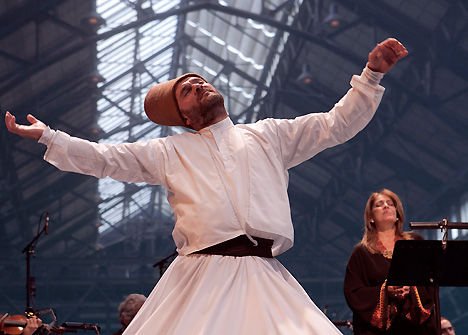