Crossing borders requires courage, creativity and openness for a new form of social and musical composition. The four members of the Beyond Borders Band are united in the dream to overcome those borders. They break up cultural boundaries, surpass geographical barriers and social and political stereotypes in order to connect the arabic and the western world. These characteristics lead to their self-composed, original music. Sensually ambitious and fully intoxicating, this unique sound makes the young group stick out among the contemporary musical collectives combining Orient and Occident.

After almost ten years of developing a unique style in numerous concerts, and after many travel hours, the band reached a strong personal and musical relationship. This builds up trust in every situation, personally and musically. This is the main reason why we can expect them to take the music through the roof on stage. There are no tactics, no plan, but an interplay of childlike excitement and unwavering determination. Here and now. It Just Happens.  The current release offers a broad musical spectrum of driving Jazz solos, Rock backbeats and arabesque melodies. 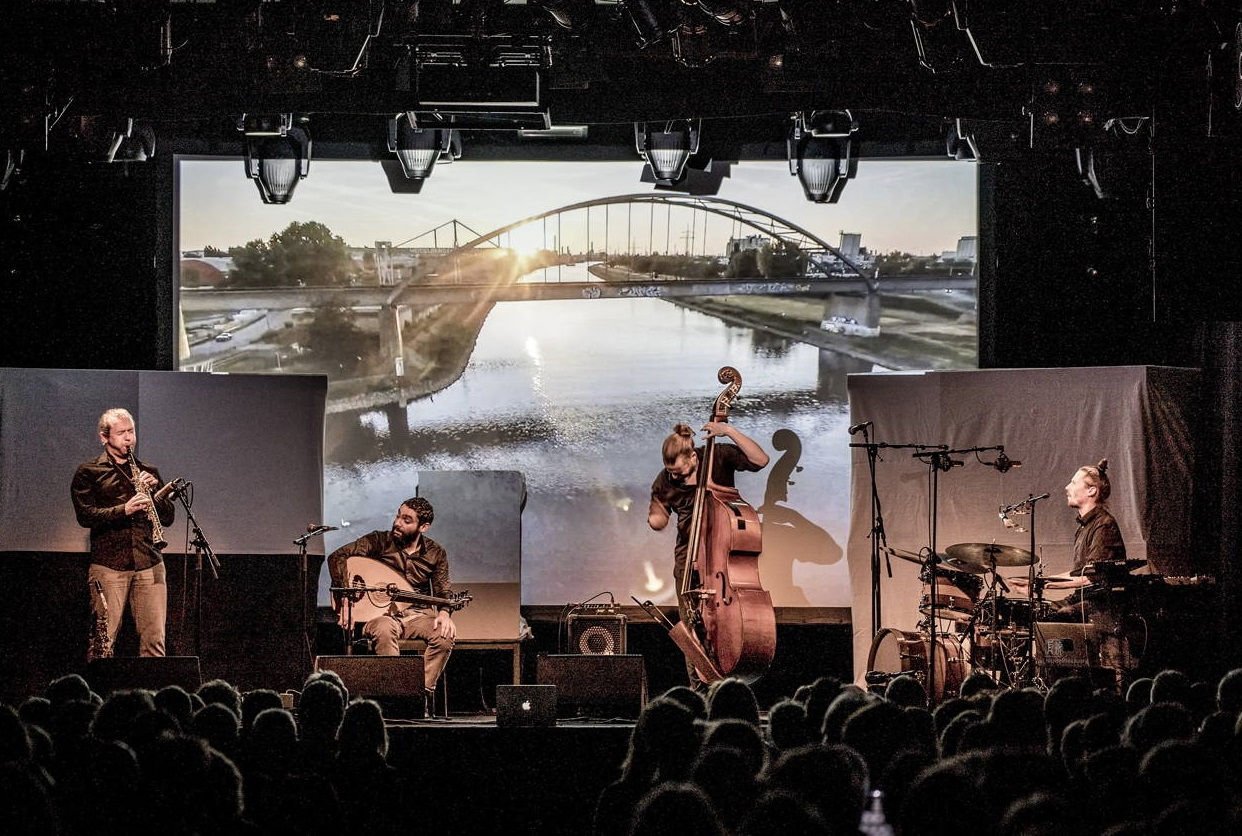