“They were one and they’re music is a wonderful blend of two very different music worlds. And you could feel it and hear it with the audience’s response to the music.”  Hindustani Time City, Indien

In February 2014, Peter Hinz (percussion) and Steffen Dix (saxophone) travelled together to India for the first time. They took lessons in Indian classical music at the “International Music Centre Ashram” in Varanasi, one of the oldest cities of the world as well as one of the music capitals of India. Peter’s relationship with India and Keshav Rao Nayak – tabla master of the ashram – began years before on his first trip to India when they met and he became his guru and teacher of tabla. It is with his son, Sandip Rao Kewale (tabla) and the young sitar master, Shyam Rastogi that the two German musicians created “NeckarGanga” on the banks of the Ganges. The complete band, including the double bass player Jonathan Sell, met in July 2015 in Mannheim. Through the support of the city of Mannheim and the Oriental Music Academy of Mannheim the band could prepare their concert program and present their first live concerts in Germany. 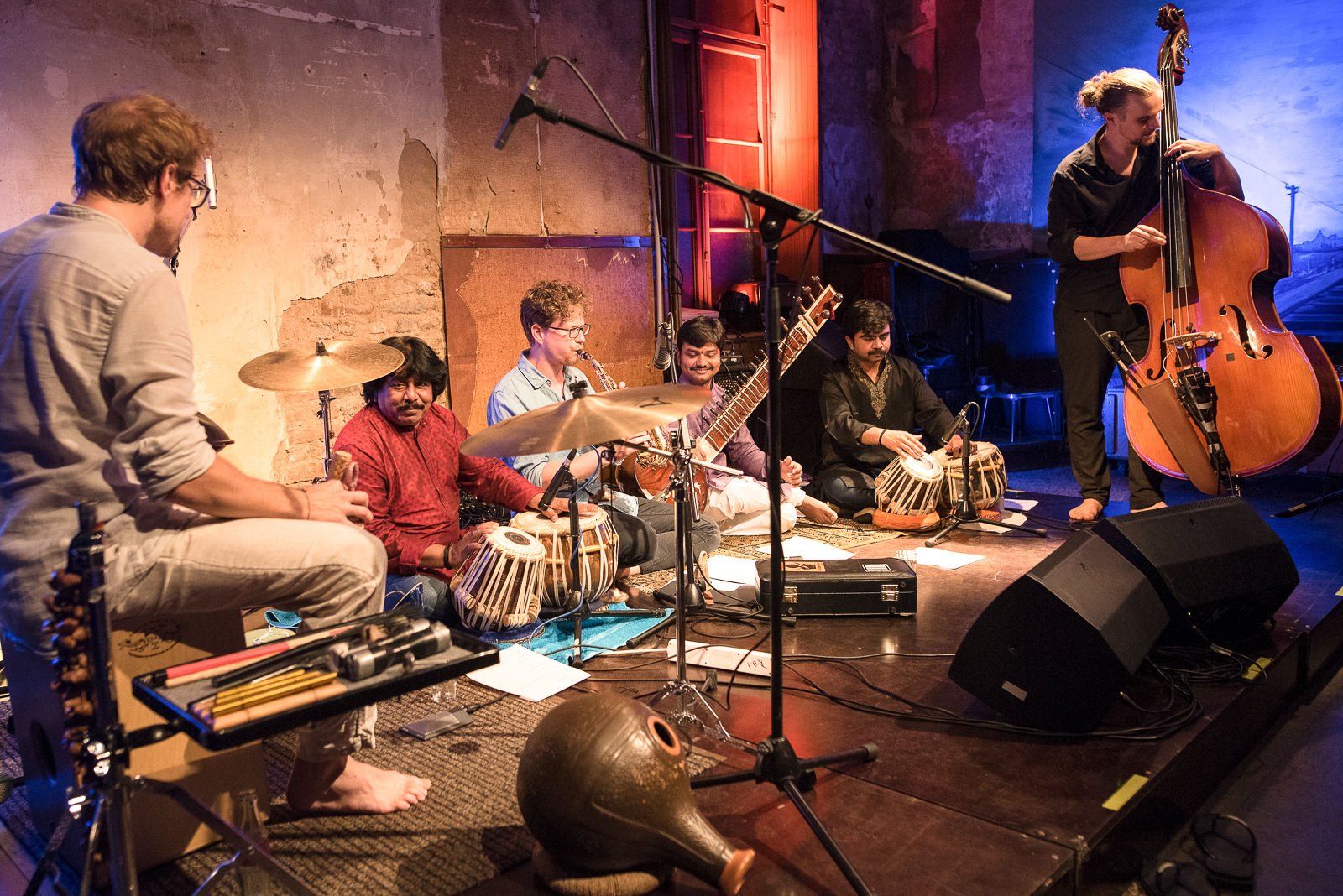